How Important is the ACT or SAT Score in College Admissions? It Depends. 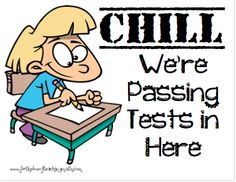 A high score on a standardized test like the ACT or SAT remains a very important component of most students’ college applications, particularly those targeting selective or highly selective schools.  However, the ACT and/or SAT score does need to be placed in context. Neither too much nor too little emphasis should be placed on these scores. In this article we’ll discuss why it’s important, what else is important, and conclude that a balanced approach to the test prep process is the best way to maximize your chances of gaining an acceptance letter to your desired college or university.

A variety of colleges and universities are now test-optional. In other words, a growing number of schools don’t require applicants to submit an ACT or SAT score. This would seem to imply that standardized tests are becoming increasingly less relevant over time. Perhaps on some level this is true. But just because you are targeting a school that does not require the submission of an ACT or SAT test score, that does not mean it’s completely fine to not take one of these exams. In fact, a test-optional school is unlikely to explicitly state this, but if you choose not to submit a score, you probably need to have that much more of an impressive all-around academic background and application.

Admissions to any high-quality college with a respected brand is still highly competitive, and standardized test scores remain an excellent way to demonstrate your skills, knowledge, motivation, and willingness to prepare and work hard. You might not think about a test score providing evidence of willingness to prepare or hard work, but these tests are not IQ tests. Schools know that a high score typically means some work and preparation was put into the test prep process.

Even if a school does not require a standardized test, or states that they are deemphasizing it as part of the admissions process, keep in mind that if a school has 100 applicants and can only accept 20, 30, 40, or 50, they still must make some difficult decisions. Their policies are not a promise to ignore the standardized test score and decision to report altogether. They are encouraging students to apply on the basis of their overall background, but if that background does not feature a very rigorous set of academic courses, the submission of an ACT or SAT score might actually boost admissions chances  by demonstrating critical core academic skills and critical thinking ability.

And perhaps the most important argument in favor of preparing for and taking the SAT and ACT seriously is that many U.S. colleges and universities still feature it very prominently in their admissions decisions and require that applicants take it. They simply have so many applicants that it continues to be used as a ranking and filtering factor, providing a way to eliminate applicants below certain score thresholds. As a result, it is simply not the best idea of a high school student to ignore or deprioritize the test prep process.

Looking Beyond Standardized Tests – What Else is Important?

At same time, it’s also important to not put too much weight on ACT and SAT scores. There are a few reasons for this. First, too much stress doesn’t help you perform well on an exam.  If you are stressed about the ACT and imagining that your entire future depends on it, you probably won’t perform at your best. You want a healthy amount of stress so that you are focused and at your best.  But beyond the psychological element, there truly are other factors, like GPA, rigor of your classes, breadth of activities in which you participate,  demonstrated intellectual curiosity, leadership potential, and community service, that you must demonstrate and communicate in your application. Place too much emphasis on a test score, and you might position your application poorly.

For example, although I am 36 years old now and took the ACT a long time ago, test scores were already considered very important in the early 2000s.  Students and parents certainly seem to invest more in test prep now than they did then, but spending thousands on test prep was still something that many people did. I happened to be pretty good at standardized tests, and throughout high school, although I took rigorous classes including several AP classes, I simply assumed that getting As and Bs, maybe a C here or there, was fine. I was not too focused on maximizing by GPA and really getting the best possible grades, because I figured my ACT score would rule the day. Plus, I was active in extracurricular activities, and considered myself well rounded.

I certainly scored very well on the ACT, above the 90th percentile. But I didn’t completely ace the test as I was assuming I might. I was very involved in sports (varsity golf, tennis, and hockey) and also wrote a column for the school newspaper.  But, there wasn’t much evidence of leadership potential, non-school related intellectual interest, no music or artistic endeavors, or anything about community service in my background.

So my college application featured a very good but not great test score. It was filled with rigorous classes, AP calculus, stats, and history, and many honors classes, but certainly other students had more rigorous courses yet, particularly in the sciences. And while my GPA was above  4.0, it was only in the top third of my class. I was involved in a large number of activities, but it was all very sports focused. I recall looking at a sliding scale of GPA vs. ACT score that was used to estimate whether you would get into the very selective state school that I considered my “safety school.” With my class rank, I needed to literally get a prefect score on the ACT to be considered a “lock.” Sure enough, I did not get into the University of Illinois. I did not get into Northwestern University, and I was waitlisted at the University of Wisconsin (never did get in). I ended up attending Indiana, but was denied entrance to the honors college, again because of my GPA.

So what is the lesson here? How important is the ACT or SAT relative to other factors? And what can students do differently armed with this knowledge?

Here are the factors I believe colleges, on average, look at when making admissions decisions:

I don’t mean to place too much pressure on 14 or 15 year olds entering  high school, but it really is  important to think about all these factors and get involved in a range of activities that allow you to tell a positive story in each of these areas by the end of your junior year.

So how important is the ACT or SAT? It’s important. But it’s far from everything.